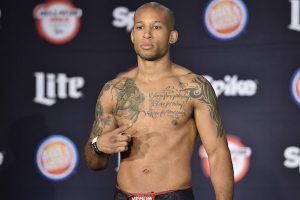 “Mobile is home to arguably some of the best athletes in the country,” Omar Johnson, Spartan Fitness

There have been ample sacrifices that people around the globe have been forced to make throughout the Covid-19 pandemic, not the least of which has been perseverance in the absence of sports. Fight sport fans have been somewhat fortunate, with the UFC’s stubbornness to succumb to this disease, […]

Like most of you last weekend, I watched Bellator, excited for their offering to the fight week. We then got treated to a young and humble heavyweight, put in a tough spot for a debut, thrill us and make us laugh. He was animated, loud, smiling and helped […] 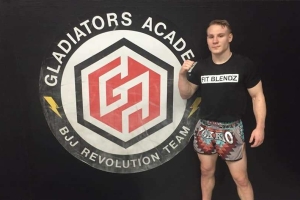 “If I’ve got to run my fist through somebody’s face to get the win, that’s what I’ve got to do.” AJ Fletcher, Gladiators Academy.

AJ Fletcher is currently one of the most exciting young mixed martial arts prospects emerging from the Gulf Coast. Fletcher is not only a budding star in the cage, he’s also well-rounded and focused outside of it. On top of training at one of the most prestigious combat […] 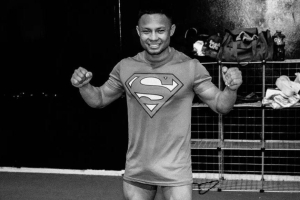 On February 25, I spent an afternoon talking with Melvin Lopez, a fighter out of Fitness Fight Factory (F3) in North Richland Hills, TX. F3 is owned and operated by ex-UFC fighter Johnny Bedford, who was featured on The Ultimate Fighter Season 14: Bisping vs. Miller, and who […]

Is Officiating in MMA Really That Bad?

MMA referees have been garnering a lot of attention lately. Mario Yamasaki, often criticized for letting bouts carry on too long and not sufficiently protecting fighters, hasn’t officiated a UFC match since February of 2018. Referees Kevin MacDonald and Marc Goddard have come under fire recently for controversial […]

It was a momentously fitting night for Bellator 216 from the Mohegan Sun Arena in Uncasville, taking place on February 16th. Although the card was stacked with big names and two undefeated fighters, the big night was overshadowed by lackluster performances in both Heavyweight bouts, controversial (or just […]