Since the UFC was sold in 2016 for a staggering $4 billion, a lot has been said about how much fighters are paid in the organization. After every UFC event when payouts are revealed, it seems like everyone’s eyes dart to the bottom of the card for the […]

Feeding our first responders, one pizza at a time

While some of us are at home binging Tiger King and Ozark, there are others out there, like Alan Belcher, treating our hard-working first responders to a good local treat. Today, Alan and his family treated 85 of Biloxi’s finest to pizza for lunch. “These men and women […] 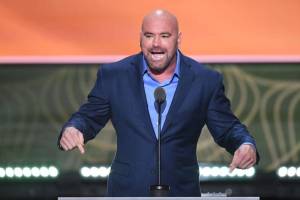 Dana White Says Ferguson vs Khabib location is locked down.

During the craziness of the COVID-19 outbreak Dana White and the UFC have been frantically trying to find a venue and a solid date for UFC 249, and their main event Khabib Nurmagomedov vs Tony Ferguson for the UFC Lightweight title. After previously scheduling this fight four times, […]

If anyone has attended a live MMA event, it’s common the women of MMA draw the biggest crowd reactions. One of those young rising stars in the Gulf Coast is Sara “The Armhunter” Monzeglio. Recently Sara captured the Empire Fighting Championship flyweight title at EFC 4 on Saturday […]

The world of combat sports is set to have a very busy Saturday November 02, 2019. In the world of MMA you have UFC 244 where Jorge Masvidal will meet Nate Diaz for the “BMF” title and in the world of boxing you have a pound for pound […]

South Louisiana has always been a producer of top level MMA talent. One of those on the rise MMA talents is the Baton Rouge area’s Chris Crosby. Working his way up through the amateur lightweight ranks, the Brazilian Jiu-Jitsu brown belt has started off his professional career 2-0, […]

This past weekend on Friday October 04, 2019 Team Juggernaut’s Logan Speyrer made his professional MMA debut on the Bayou Fighting Championship stage. The young bantamweight standout was ready to make the jump to the pro level and did not disappoint. It only took the “Mattress Monkey” 1:47 […]

Does B.J. Penn’s career deserve the accolades it receives, or has nostalgia gotten the better of us all? An editorial

I know… I know…  He’s a UFC legend.  He’s been involved with the UFC since 2001, and he’s fought a who’s who list of MMA greats.  His very first professional fight was with the UFC, and his longevity with the organization is unparalleled, demonstrated by the fact that […]

There have been rumors and questions to whether or not The Two time NCAA , WWE and UFC Champion is retiring. Most either think it’s just publicity so that Brock can for sure be ready for USADA testing before fighting again or he is going full-time WWE. UFC […]